“Franklin brings irony to a medium that rarely trusts its audience to get the joke.”

Chip Franklin is an award-winning writer, talk show host, filmmaker, comedian, and musician. A twenty five-year veteran of talk radio, Chip’s also been awarded the National Murrow Award for writing and overall excellence. In addition, Franklin has been honored by The New York Festival for his unconventional coverage of The Democratic and Republican conventions and received more than 30 AP awards for writing and broadcasting. Chip has written for Steve Allen, Jay Leno, and even renowned physicist Stephen Hawking. Hosting talk radio shows in Washington DC, Baltimore, Atlanta, Chicago, San Diego, and most recently San Francisco, Chip appears regularly on ABC, CBS, FOX, NBC, the BBC and CNN.

Chip Franklin is the only talk-show host to win the coveted Edward R. Murrow Award for writing, presented to him by Dan Rather, Peter Jennings and Tom Brokaw. Hosting his own show since 1995, he’s interviewed every living president, had one show subpoenaed by a Federal Grand Jury, and covered a dozen Republican and Democratic National conventions, and authored the definitive history of talk; SPEED BUMPS and GUNS; The Dark Insides Of Talk Radio.

In addition to more than 25 AP awards for broadcasting, Chip has also won the NY Festival for Unconventional Coverage of the Democratic and Republican conventions and seven Achievement in Radio Best Talk Show Host awards. Talkers Magazine has listed Chip as one of the top 100 talk show hosts in the country for 12 straight years, most recently  in the 2021 edition of the Heavy 100.

Franklin has appeared numerous times on network TV shows including HBO’s The Wire, Showtime, A&E Evening at The Improv, The O’Reilly Factor, Laura Ingraham, Tucker Carlson, CNN, Paula Zahn, Fox and Friends, The Situation Room, and MSNBC. (Chip was temporarily banned from FOX for holding a picture of John McCain in an attempt to taunt president Trump.) His series, ARRESTED INTELLIGENCE, random on-the-street interviews, generated national buzz and a feature on CNN in early 2011 when he asked people which health care plan they preferred; Obamacare or the Affordable Care Act.  (The answers were understandably frightening.)

Chip has interviewed the hilarious and notorious, from inmates at San Quentin to Jerry Seinfeld, from Jimmy Carter to Stormy Daniels. A show on WBAL in Baltimore, featuring the Commissioner of the Baltimore Police Department, was subpoenaed by a federal grand jury and led to his conviction and imprisonment. The commissioner, not Chip. At least not yet.

Franklin has written, edited and hosted more than 1000 videos, with a cumulative reach over 100,000,000  people.  He has written and directed award winning short films and appeared as himself on HBO’s award winning The Wire. 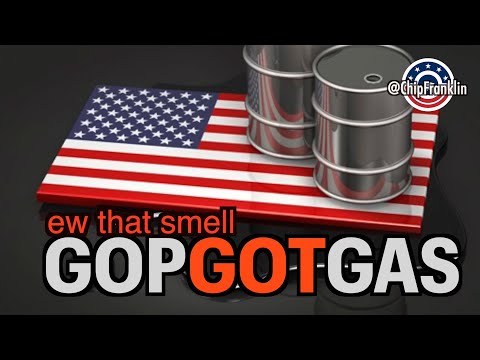 “Franklin brings irony to a medium that rarely trusts its audience to get the joke.” The Washington Post

Chip is the winner of the 2004 Edward R Murrow award for writing and his latest effort is SPEED BUMPS and GUNS, a current and controversial history of talk radio, peering deep inside both the progressive and conservative influence, while chronicling his  30 years as a broadcaster. He has also written award winning screenplays; The Money Shot debuted at The American Film Institute in Washington DC. In 2022, Franklin will release, Punching Up; Comedians Speaking Truth To Power, a look at the power of irony and satire, from the written word to today’s best stand-ups.

Chip has written comedy for Jay Leno, Steve Allen and once wrote a joke for Stephen Hawking. ASK him about that.

Franklin’s Twitter videos and posts have a following of more than a quarter million, including such diverse celebrities as Dan Rather, Ben Stiller, Mark Ruffalo, Kathy Griffin, author and intelligence analyst Malcolm Nance, former assistant Director of the FBI Frank Figluizzi, Jane Lynch, Gordon Ramsey, Marina Navratilova, and more than 30 members of Congress, plus senior editors and writers at The Washington Post, the Wall Street Journal and The New York Times. Chip’s Posts have appeared in Newsweek, The New York Times, The Washington Post, and The Wall Street Journal. He has a strong and loyal following on Facebook, Instagram and Tik Tok.

Chip has performed stand-up comedy since 1980, appearing on network television and at over 700 colleges and clubs across the US and Canada. He has toured with Chicago, Randy Newman, The Ramones and Kool and the Gang, as well as appearing at the Montreal Comedy Festival. Chip is currently finishing a non-fiction biography, focusing on comedy’s sharp end of the stick; Punching Up; Comedians Speaking Truth To Power, set for release in 2022

Chip has performed stand-up comedy since 1980, appearing on network television and at over 700 colleges and clubs across the US and Canada. He has toured with Chicago, Randy Newman, The Ramones and Kool and the Gang, as well as appearing at the Montreal Comedy Festival. Chip is currently finishing a non-fiction biography, focusing on comedy’s sharp end of the stick; Punching Up; Comedians Speaking Truth To Power, set for release in 2022

The Washington Post’s Joe Brown said of Chip’s eponymous debut, A Dangerous Man, “The musicianship is practically peerless.” The album featured the talents of Grammy winners Jon Carroll of The Starland Vocal Band and multi-platinum artist Mary-Chapin Carpenter. Franklin will release The Truth Is This in 2022, a collection of nine original recordings.

That's Why I Hate the Beach Boys

A true content grinder, Chip Franklin has produced, written and consulted for some extremely creative people who face the same dilemma; what am I trying to say, and to whom? Consulting artists and other professionals in creating superior content,  Chip walks you through the creative process and helps you deliver your message to the exact audience you need to reach. Content needs to grow inside the medium you have chosen. Radio has a specific demographic, as does television and social.

Storytelling is an art, but it’s also a craft. And it applies to any story, be it advertising campaign, a speech, a job resume, a book, a movie or simply to better understand the human condition. So what’s  your story?